Skip to content
Home Other Trends Rema’s manager, Sean Okeke responds to DJ Neptune’s statement, regarding the ongoing ‘For You’ drama

Okeke, a Jonzing partner, issues a statement in which he refers to Neptune as his “big bro.”
From November 27, 2021, Rema’s manager, Sean Okeke, responded to DJ Neptune’s statement dated November 26, 2021, which was in turn a response to Jonzing act, Rema’s Twitter tirade against ‘For You,’ a song on Neptune’s sophomore album, Greatness 2.0, in which he appears.

Okeke, a Jonzing partner, issues a statement in which he refers to Neptune as his “big bro.” The narrative appears to be about a family dispute rather than a full-fledged bloodbath.

The complete text of Okeke’s statement is as follows:

TO WHOM IT MAY CONCERN

In a bid to clear the air on the recent statements online regarding the release of the song – “For You” on DJ Neptune’s new album, I would like to make the following clarifications and assertions on the matter an hopefully put to rest this issue.

Firstly, I acknowledge that I and my big bro- DJ Neptune had conversations regarding the said collaboration as well as the song release sometime last year 2020.

Few months passed, and the artiste felt the song shouldn’t be released any more as there was no more release timeline for it and urged me to communicate same with my Big Bro.

I made it known to DJ Neptune some time during our conversation that the song can’t come out again as we don’t have anymore free release window available for the song and hence we can’t put it out there. I also on my part promised to to follow up with the artist & label with hope of convincing all parties to approve the song release.

Since an official approval was not released nor split sheets signed, I felt the song won’t be released anymore.

Looking back at all that just happened , I really I wish I had just held my ground that the artiste doesn’t really want the song released anymore which would have made DJ Neptune focus on getting other songs for his album.

In conclusion, I wish to apologize to all parties involved and seek the peaceful resolution of the matter with the song in question taken down in respect of the artist’s Wish. 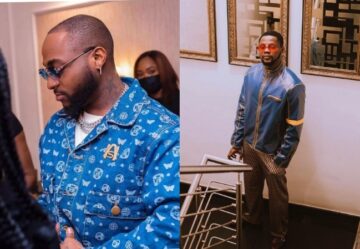